My name is Brandon Pertzborn and I play drums for Black Flag and Doyle (from the Misfits). I’m from Dallas, TX and currently reside in Los Angeles, CA.

I’m frequently asked how I joined Black Flag and Doyle at a young age and what I would recommend to someone who is ready to step out and join the music scene and get their name out there.

I uncover a bunch of that in this Podcast episode with Jake. Feel free to listen a long or read below to get more of my thoughts on making it as a drummer. Here’s also a shot of the restaurant Jake and I recorded the Podcast in.

Before I joined Black Flag, the easiest thing for me was to sit in my room and practice drums all day long, but when it came to getting out to meet the right people who could help me make a career out of drumming, that was more than a little daunting to me. I had no idea where to start. Taking that step isn’t something you necessarily learn in school or by reading a book. Instead, you just have to go out and do it. Let me explain how I did this and what’s worked for me so far.

I grew up in a suburb outside of Dallas, TX and I started playing drums when I was 13 years old. Prior to this, I didn’t really have a big interest in drums. The only reason I wanted to play is because my friend had a drum set and it looked fun to hit things with sticks and make music from that. My friend taught me some beats and then I started teaching myself primarily by watching YouTube videos.

Fast-forward to when I was 16 years old, drums had absolutely taken over my life to the point where all I wanted to do was play music all day long. I begged my parents to let me be home schooled because going to school for eight hours per day was interfering with my music goals and they agreed.

Now, this is the important point where I started to step out of my practice room and started meeting the right people who later helped me establish a career out of drumming.

Because I was home schooled, I no longer had to be in school for eight hours every day that allowed me more time to drum and I took full advantage of those extra hours. I figured that I worked up enough chops in the practice room and felt comfortable enough to step out and do something with everything I learned on drums.

The first thing I did was audition for a local church that needed a drummer. I grew so much as a musician during this time for multiple reasons. First, churches typically have a bandleader who will give you direction for everything.

They will tell you how to play the song, the arrangement, the feel of the song, transitions between songs, etc. This will teach you how to take direction from others and how to take something a non-drummer says and translate it into “drummer language” (which is essentially playing something on the kit that started as someone else’s idea described by words).

The next reason why playing at church was so great for me was because every week, I was playing with different musicians because of the rotating schedule. This taught me how to interact musically with so many different people each month, which prepared me for everything I had ahead of me.

I can’t stress enough how important it is to play with many different musicians. Everyone plays differently, so playing with a wide variety of people teaches you how to adapt.

Being able to adapt to any situation is one of the most important skills you can have as a musician. All of this experience was huge for me. It was my first time learning these fundamentals.

I also called local music schools around my area and asked if they needed a drum instructor. Luckily, there was a school close by that did. We arranged an interview and I got the job. This was the second big step to getting out of my comfort zone and meeting people in the music scene.

Shortly after starting to teach lessons, the owner of the school told me he was in an AC/DC tribute band that tours the US and that he often needed a substitute drummer when their drummer couldn’t make a show. He asked if I was interested in playing with them and of course I was! This allowed me to play on a national level and meet people outside of my hometown.

I started playing shows with them and subsequently started joining other local bands in Dallas since I was beginning to meet more people and get noticed. At this point, I was staying very busy teaching lessons, playing in multiple local bands and playing at church.

Each situation provides different lessons to be learned. For instance, playing at the church prepared me to handle much different scenarios than playing in the AC/DC tribute band and vice versa. Each setting allowed me to be comfortable in every situation imaginable.

A few years went by and my schedule became even more full due to playing with local bands. I was just waiting for the “big break” to happen, but I knew if that “big break” was going to happen, I would really have to focus on getting my name out there on a national level, rather than staying local primarily.

I decided I could do two things: I could just hope that one of the local bands I was in would start touring nationally, or I could take it in to my own hands and figure out a way to get my name out there nationally, rather than relying on someone else to do so.

I decided the quickest and most efficient way to get my name out nationally would be to start uploading videos of myself drumming to YouTube and to intentionally utilize my Facebook by marketing myself as a drummer. I started filming drum covers in my room and filmed every show I played and uploaded them.

I did this for about a year or two and then received an email from Greg Ginn of Black Flag telling me he saw me online, really liked my videos and wanted to know if I was interested in drumming for Black Flag. I couldn’t believe it. I called him immediately and told him I was absolutely interested.

We set up an audition and I prepared like a mad man for it, and because of all the preparation I put into the material and the years of experience I gathered, I got the gig. Next thing I know, I’m on a three-month tour with Black Flag and it happened directly because I saw the internet as a tool to promote myself and utilized it.

I truly believe that if I didn’t put in all the work with every small gig I got prior to Black Flag, I would not have been ready for it. I treated (and still do) every small gig as if it was huge because I knew that when the big gig hit, I would be 100% ready for it because I would treat it no different than any gig I’ve done prior.

I’ve already mentioned a few of these but here are the most important things I’ve learned so far:

Practice your craft as much as possible.

Get involved in your local scene (teaching lessons, working at a music store, playing in local bands, church, etc.)

If you live in a town where there’s not a lot of music going on, perhaps consider visiting a city where music is thriving and try to connect with people there.

Take every opportunity that comes your way. Every single small opportunity will prepare you for when the big one comes around and you will know exactly how to handle it because you’ve been doing so for years!

Also, when you’re playing with others, you’ll be put in situations that you wouldn’t be in if you were just playing by yourself. This will allow you to grow exponentially. For example, the first time I played with a metronome was when I started playing at church. If I never played at that church, I never would have forced myself to learn to play with a click because it wasn’t necessarily “fun” to do.

I’m so glad I was in a position where I needed to learn how to play to a click because now it is something I use almost every day. I never would have learned it otherwise until much later.

Be confident. As a drummer, you’re leading the band. Your confidence will allow everyone else to focus on what they’re doing instead of being stressed out.

Market yourself online by posting videos and photos to YouTube, Facebook, and Instagram. (On Instagram you can use hash tags so people will find your videos when they search for drumming hash tags). People will also share your videos if they like them. This is the easiest way to spread your name and your playing on a worldwide level!

You can’t solely rely on anyone or any band to take you to the next level. Others can help you out, but at the end of the day, you have to take it into your own hands to get your name out there and network.

The most important rule is to have fun. If you truly love playing music and you’re passionate about it, people will notice that and they will want to play with you. The exact energy you give off is the energy you’ll receive back from others.

When you’re on tour, you only play a show for one hour out of the day. That leaves 23 hours when you’re not playing and you’re hanging out with your band and crew.

People will only want to tour with you if you’re a nice person to be around. You have to treat everyone respectfully and always work hard. At the end of the day, you just need to be a cool person for others to be around. This is easily as important (if not more) than your musical skill. You’re reputation is everything and word spreads quickly in the music scene!

Hopefully this helps out and gives some direction on how to get your name out there and meet like-minded people! 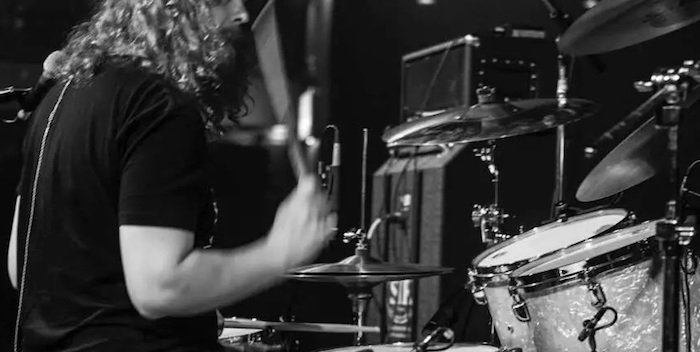 Approaching Drums As A Multi-Instrumentalist | Robbie Crowell, Drummer For Midland

After getting a degree in Jazz Saxophone, Robbie’s spent years hopping between drums, bass, and key for Matt Mays... 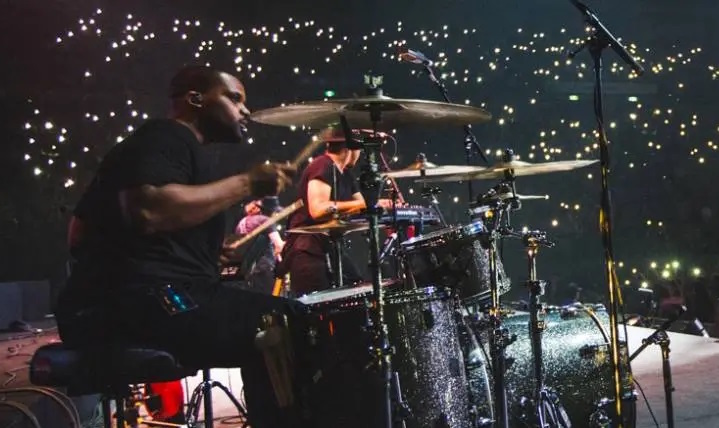 Why Drummers Need To Know The Lyrics | Brook Alexander, Drummer For Julia Michaels

Before touring with Julia Michaels, brooks spent time not he road with many other great artists like Adam Lambert...

In this Episode Caleb Crosby, drummer & member of Tyler Bryant & the Shakedown gives us the scoop on his experience...