Expanding Your Creativity With Sticking Patterns

Expanding Your Creativity with Sticking Patterns

I am a huge fan of the teachings of Gary Chaffee, for those that don’t know who Gary is, he was the head of the percussion department at Berkely School of Music back in the ‘70’s, he taught Steve Smith and Vinnie Colaiuta and those lessons developed into a 4 book series called the “Pattern Series”.

I have studied from these texts for the past 20 years and still feel that I’ve really only scratched the surface, as far as I’m concerned these are the most in depth drumset study books available to anyone, though they can be daunting to look at and I often hear how un-accessible they can be to most players.

What I plan on doing over this series of blog posts is to dissect some of Gary’s teachings to make it accessible to everyone regardless of your level or experience, my intention is to level up everybody’s playing ability and give you new creative ideas to work from.

Gary has a whole system of sticking patterns that can be used in many ways, and I actually prefer using these to develop speed and control over the standard methods of using books like Stick Control, because his patterns contain mixed sticking (singles and double stroke rolls) with accents which make the phrases much more musical than standard snare drum exercises.

Let’s take a look at the basic patterns.

The first pattern is Gary’s 5a sticking repeated followed by 2 groupings of his 3a sticking. The “a” designation refers to there being 1 single stroke followed by double strokes. Here is the pattern.

This pattern can be used on the snare drum to build speed and control but things get really interesting when you start to using on the kit. Start by moving the single strokes to alternate sound sources, right hand singles can be played on the floor tom or cymbal and left hand singles move to the rack tom or hi-hat, once you are comfortable with this change things up by leaving the singles on the snare drum and move the double strokes around the kit.

Eventually you’ll have full freedom with this phrase around the kit. You can also set this by playing 3 bars or time followed by this phrase as a 1 bar fill.

The next phrase uses 2 of Gary’s 5C sticking (three singles) followed by 2 of the 3A stickings.

Here is the pattern.

This pattern should be practiced in the same manner as the original, learn it on the snare drum first, then move it around the kit and set it up as a fill.

Because of the added single strokes this pattern also lends itself very well to being used as a time functioning pattern. Place your right hand on the hi-hat, left hand stays on the snare drum, pay special attention to the non-accented notes (in brackets) as these should be played much lower volume than the accented notes.

They’re should be a very clear distinction between the two, otherwise this type of playing can sound very heavy handed, played properly this can groove like crazy!

Experiment with different bass drum patterns against this until you find something that sounds really good to you.

These phrases can also be outlined using flams, this is a concept that I started to use based on the standard Swiss Army Triplet rudiment. I find that these lend themselves very well to moving around the kit as well as make up some very musical phrases to work your hands on the practice pad.

Lastly let’s take a look at a linear phrase based on this 5-5-3-3 phrase. Linear is a type of playing popularized by Steve Gadd, Mike Clark and David Garibaldi during the 70’s funk/fusion movement, it refers to a style of playing where no two limbs hit at the same time and allows for a very flowing and open sound to your groove.

Here is the basic pattern.

This pattern can be moved around the kit as a fill or solo idea and I use it this way all the time. It’s very easy to set up a half time groove with this just by applying the right hand to the hi-hat or ride cymbal and keeping the left hand on the snare drum.

The same rules apply as the previous pattern; keep the non-accented notes low so that there is a big difference between them and the accented notes.

We can easily spice this groove up a bit by doubling up some of the notes, adding accents and opening a hi-hat note.

As you can see a lot can be done by simply grouping notes a particular way, the benefit of learning in this fashion is that the phrase is easy to learn and expand upon allowing you to get a lot of bang for your buck with your practice time. The real benefit is learning this and coming up with your own alterations and making the patterns your own, which is really the point of this to begin with.

Until next time happy drumming! 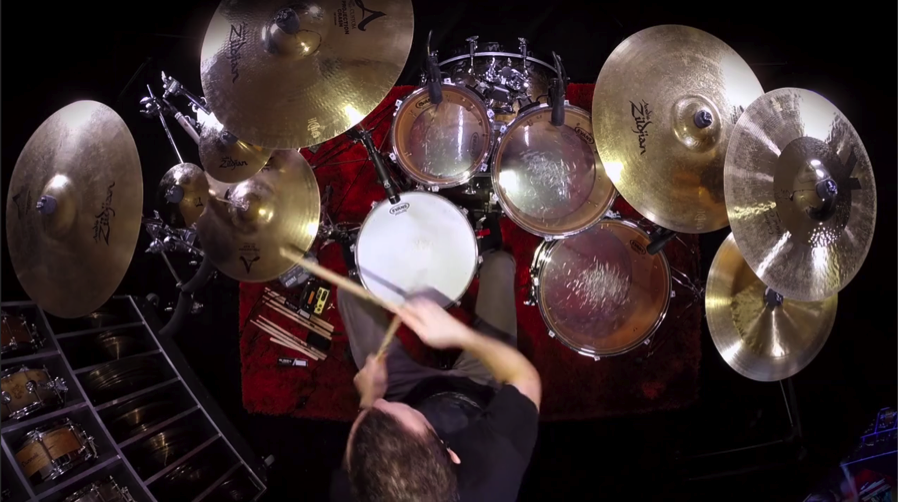 How To Create A Popular Drum Cover

So you’re at the point where you want to share the skills you’ve learned on 180 Drums with the rest of the world, and what better way to do that then with a drum cover? People enjoy watching someone jam out to a great song. It’s entertaining and can serve as a great way to showcase your talents in a musical way. A

Paul spent his first day at Zildjian sweeping floors. Over 30 years later, he’s the one designing... 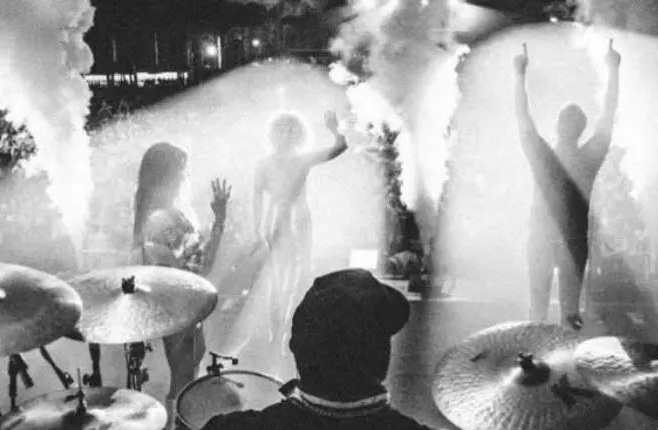 Getting A Second Shot At Drums | Hubert Payne, Drummer for Little Big Town

Between a knife fight and a basketball injury, Hubert’s lucky to be alive, let alone play drums...