Nashville, Why Do Drummers Move There? With Joshua Sales Of Sam Hunt

Nashville. Why do drummers move there? How about Los Angeles and New York City? Nashville is our topic today and in this podcast interview with Joshua Sales, we’re diving into a number of different subjects about how working drummers can get paid to do what they love, play the dang drums.

We start off discussing Josh’s experience growing up in Indianapolis, Indiana and how a sudden move to London, England, had him leaving his dreams of becoming a professional MLB pitcher behind. This is when the drums took the spotlight. Front and center, baby.

Why Drummers Move To Nashville

Josh shares how his move to Nashville from Indiana at 23 opened the door to his current gig with Sam Hunt (that has him travelling the world) and how he he’s picked up gigs as a session drummer. He didn’t go to college and felt putting money into education wasn’t the right move, so he moved to “where the machine is”, following his uncles advice.

Josh made the move to Nashville in 2011 and immediately began networking and grinding. In the podcast we talk about why Nashville is a “5 year town” and how Josh positioned himself for success, the same way you can.

Josh also shares his favourite drummers, books and quotes, as well as his worst moment on stage as a drummer that included Chris McHugh watching in side stage!

Josh and I nerd out on podcasts, books, his smoking deal on a Craviotto drumset, music and the future of AI.

Why Listen to this Podcast?

Whether or not you should move cities

The most important skills to start gigging in a new city

The most important qualities to possess as a drummer

Books, drummers and quotes to jot down

What it is other musicians are looking for

“They call Nashville a 5 year town.”

“I learned what really mattered… playing for the song.”

“I’d rather be old and broke… than give up.”

“…Preparing to do something courageous.”

“Don’t ruin their night because you brought your ego.”

“Everyone is talented enough to play my gig, generally.”

“There’s a billion different ways you can find your success.”

“I didn’t think I needed to go to college to necessarily find that gig.”

“Create your own personal mantra.” 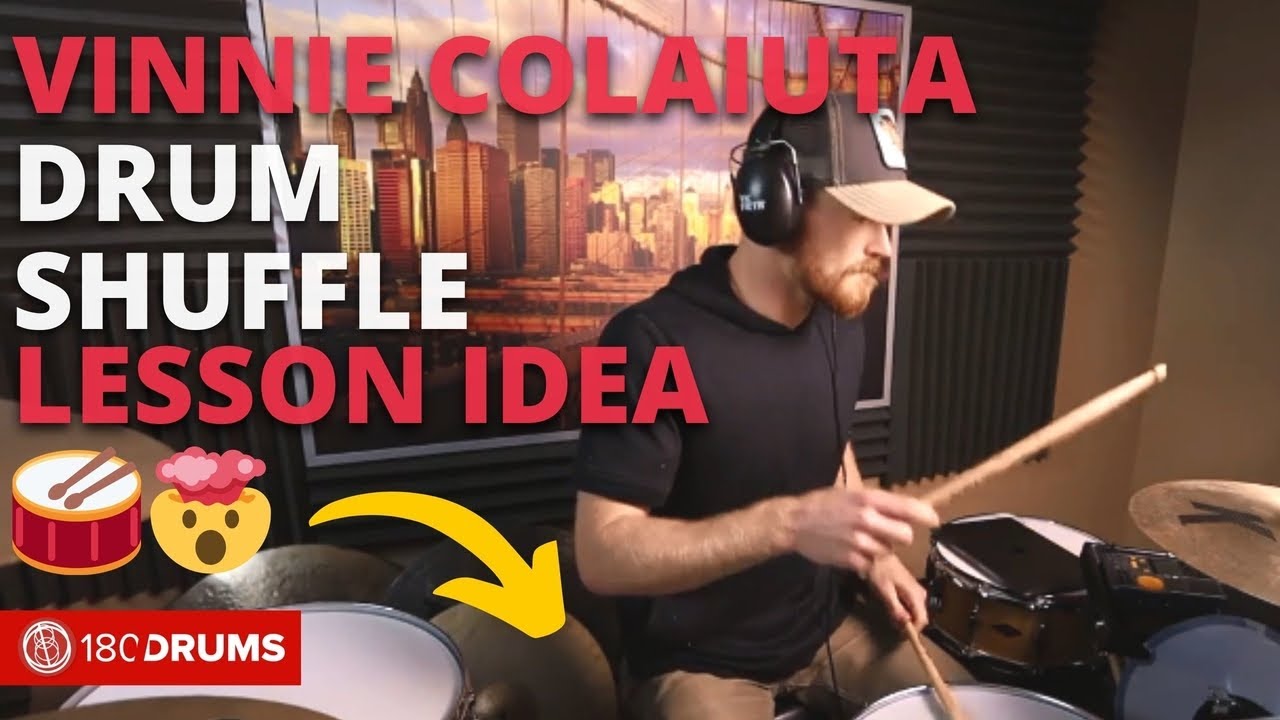 In this lesson, @jakenicolle is teaching us a Vinnie Colaitua inspired shuffle that he heard...

Let’s take a look at some interesting percussion instruments from around the world that can add some unique flavor...

In this episode, Randy Cooke is sharing on the non-monetary details he considers before taking a gig, how important...