All the time I see the same thing – Drummers learning how to play drums one lick at a time via YouTube or Instagram videos. The problem with learning drums by piecing together licks is that you end up tied down and bored with your overused ideas. Learning something without expanding on it creates a noticeable singularity in a drummers playing. This might work for the online world of Instagram, but when you’re out gigging, there’s no escaping it’s reality.

As a result of this, I’ve seen a lot of drummers also develop a real desire to expand on their skills in a way that opens doors to new possibilities. I dropped attending a well respected music school in my area to go on tour. This forced me to rely on my own ability to connect with people and resources to become the drummer I aspired to become. What’s ironic is today I have several college students I teach one on one. Not to mention the ten’s of thousands now being impacted by 180 Drums. I teach all of them the same thing I’m going to teach you all today.

Seriously, anything you want to learn to master on the drums can be found in these 4 simple secrets. I call them secrets not because they are undiscovered or new in the slightest. They are secrets because they’re the 4 most common characteristics of advanced learning. They are also qualities that all the 180 instructors embrace. If you learn to apply these 4 secrets you will be astounded by the rate you can learn new and very complex ideas. When you started drumming you likely applied the majority of these techniques and saw huge improvements early on.

As time passed and you became more and more comfortable playing and learning the drums, as happens with anything you’ve invested some time in. As you began to see results, learning some new drum beats and fills, you departed from the very things that helped you most.

Today we’re going to hit the reset button and continue improving by leaps and bounds like we did when starting. Sometimes we know more on the onset of something than we do when we’re blinded by our own micro success. This is ego we’re working on today, and in it lies the keys to our success as drummers who learn things fast and efficiently.

4 Secrets TO Master Anything On Drums

Seriously, slow way the heck down! I promise that if you took a lesson with me I would say the two words “slow down” more than anything else. It’s normal to want to rush but even playing a little too fast is your greatest enemy while working on a new idea. The power of slowing down gives your brain a chance to absorb all the information it’s trying to absorb while drumming. There’s a lot going on when your brain is trying to learn a new pattern. The last thing you want to do is complicate the process by not allowing things to be processed properly.

Think of yourself watching or teaching someone else learn the drums. The first thing you hope to see or try to get them to do when starting with a basic beat, is understand what they are about to play. You would encourage them to play it as slowly as possible. What’s is the first thing they desperately want to do as the groove feels comfortable? Speed up. And how does that end up sounding? Awful. If they would just continue to drum at a slow pace you and I know they would begin to tighten everything up, in a good way. The bass drum and hi-hats would start lining up. So would the snare and hi-hats.

This should give us a revelation about our own playing. If we were learning something new in front of a more advanced player, wouldn’t he or she cringe as we rushed or carelessly played notes? As people, not just drummers, giving ourselves a chance to absorb information is best done by slowing down. Pacing is one of the most important qualities we can begin to possess. One way to ensure you slow down is to count out loud. That’s why that’s the next thing we’re going to discuss as the 2nd secret to playing anything you want on drums is exactly that, speaking.

“But why Jake? I can play so much better when I’m not having to count while playing. It’s so much harder!” Exactly… When it’s that much harder, you’re going to slow down and pay more attention. You’re going to reach another level of being present in the task at hand because it’s demanding all of your focus. Your tongue serves as another limb according to your brain.

This is a good time to bring up a saying the Navy Seals adhere to: “Slow is Smooth, Smooth is Fast.” This couldn’t be more true. Do you want to sound smooth when playing the drums? Or messy and sloppy? Go fast and I promise you’ll develop a habit of sounding like the latter. I hear it all the time.

Notice how when counting, your playing immediately feels more disjointed? This is what we want – resistance. Once you remove the counting, your level of awareness and understanding will smooth out the rest of your playing. You worked through the kinks. The speed you practice stuff at and your ability to be present while counting are the first opportunities you have to deeply embed a solid foundation. This will affect your new grooves, fills, control and feel. Go Slow, and Count Out-Loud. Then start to use your Eyes.

Wait Jake, how do you use your eyes while drumming? The simple answer is you should be writing and reading different fills, grooves and ideas on the drums in your own notebooks and in books from other great drummers, in order to fully understand how the patterns are composed or can be inverted, played in context or orchestrated around the kit. It’s incredibly useful to simply write down ideas and it’s also heavily under utilized.

Begin to write down some of your ideas and move them over a quarter note, eighth or sixteenth to see it’s placement and how you can incorporate it into a groove. This ability will become remarkably useful down the road and is something I embrace every single time I have a new idea.

Part of being able to read and write is also being able to comprehend and fully understand subdivisions. We have a number of lessons at 180 Drums that dig deeper into understanding subdivisions, from the basics (eighths, sixteenths, eighth note triplets) to more advanced concepts (sextuplets, 32nd notes, polyrhythms).

This is one of the most important secrets to mastering anything on drums. How you sound practicing ideas, and when you decide you’re ready to move on from an idea, is the most defining part of how you will ultimately sound as a drummer. Practicing perfectly means practicing something with attention to each and every note. There is no such thing as a meaningless note and an emphasis needs to be placed on consistency every minute you’re practicing.

Practicing perfectly is about having a consistent sound you want to achieve in the way your strike the drum and the tone you get out of the drum. Where drummers go wrong with practice is that they think executing a groove or fill is the goal, but simply playing something doesn’t make it great, or sound much like music at all.

Drummers truly become great when they master their; sound (the tone they pull from each drum), consistency (how consistent the velocity of each backbeat and bass drum is), and Feel (note placement related to the quarter note). The gear you play matters far less than the sound you’re able to consistently pull from the drum.

This fourth ‘secret’ could have entire books written on it. As you dive deeper into learning drums with the first 3 secrets, the 4th will reveal itself as your reflect. By reflection and analysis of your own playing, you’ll discover the gaps in your playing. Continue to practice while asking yourself, “if this was a recording session, would this idea hold up?”

I’m consistently looking for ways to advance my playing with new ideas and past concepts. I do this with Watch Later & Favourites lists on 180 Drums.

I use my Favorites list to quickly access Practice Videos that I like to work through on the site. Since Practice Videos average 10 minutes, choosing one offers the perfect amount of time. Having a structured practice routine that produces tangible/real results is your goal.

I use my Watch Later list for lessons I’ve already accomplished and enjoy going back to. There’s always a need to develop ideas further.

Start by going slow, counting out loud and using your eyes. Concentrate on practicing perfectly with sound in mind. you will quickly begin to master any ideas on the drums in far less time than you previously thought necessary. Planning when you’ll practice, setting small goals and using 180Drums.com in a structured way is a huge hack to seeing larger than life results on the drums.

To fully hack into your practice routine and master anything on the drums you have to make it a consistent effort. We are all busy. You need to be busy with the things you love. Make a small, simple and intentional effort to map out a few minutes to get behind the kit. Use these 4 secrets on the drums master any new idea and enjoy the rewards of your hard work and patience.

How To Find Your Sound on Drums | Connor Denis

In this episode, we sit down with Connor Denis, drummer of Beartooth, who shares how we can learn to develop our own... 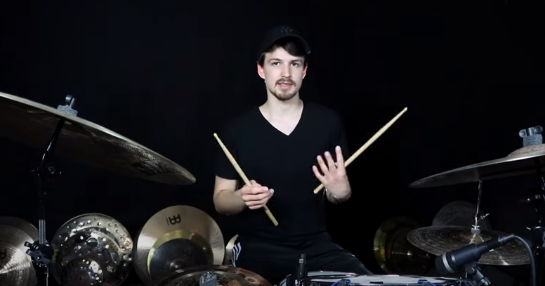 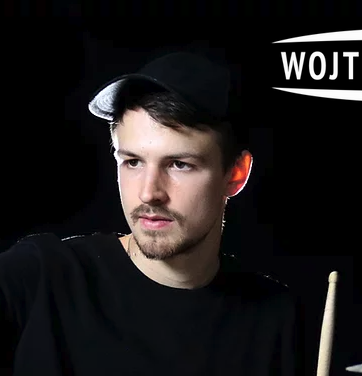 Want To Be A Hired Gun Or A Band Member?

Tucker’s passion for drumming can be seen in bands like Thursday, The Wanted, Yellowcard, My Chemical Romance...